Shane Stapleton and Michael Verney go through the top teams in hurling to see who is the main man — from TJ Reid to Joe Canning, and Patrick Horgan to Lee Chin. Brought to you by 65Hurls.com.

A leader is not necessarily the player who wears the armband.

In this episode of the ‘Best Series’, brought to you by 65Hurls.com, we look at stars who can bend a game to their will.

So often, Roy Keane was talked about as a man who could dictate what was happening around him by force of will, whereas Andrea Pirlo or Xavi could do it with their passing.

The game of hurling is one of chaos, and the most successful players and teams are able to keep their heads amid that.

Shane Stapleton first brings up Graeme Mulcahy — a man who came into a Limerick panel that was in disarray following a players strike in 2010, but who could well have been named Hurler of the Year when they reached the summit eight years later.

TJ Reid is the first name on the lips of Michael Verney, though Colin Fennelly and goalkeeper Eoin Murphy are quickly brought into the conversation.

Joe Canning and Padraic Mannion are top of the list in Galway, along with Conor Whelan who leads the line, while the potential of Jack o’Connor in Wexford is spoken of.

Question marks were raised about Clare and Waterford, with Brian Lohan and Liam Cahill having big jobs on their hands as they both head into a first championship in charge.

Mattie Kenny has a few men willing to stand up in his team, while this first campaign back at Liam MacCarthy level will tell Laois manager Eddie Brennan more about his emerging side.

Martin ‘Mouse’ Kavanagh tends to lead the line for Carlow and St Mullin’s no matter who they face, while Shane Conway and Neil McManus are key men for Kerry and Antrim respectively.

Paudie and Brendan Maher, along with Seamus Callanan, top the list for Tipperary but so too does a pacy defender.

Click play on the video at the top of the page to watch the discussion, and see our picks — brought to you by 65Hurls.com.

In this article:best leader in hurling, Mouse 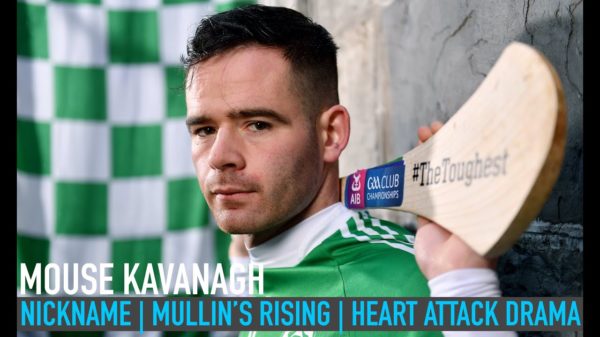 St. Mullins and Carlow hurler Marty Kavanagh is pictured ahead of the AIB Leinster Senior Hurling Club Championship Final where they face Shamrocks of...