John Horan has dismissed any suggestions that inter-county GAA sides will return to training in the coming weeks.

The GAA president says that he is shocked by the rumours abounding, and insists that no decision will be made without government instruction.

All GAA activity has been suspended for now due to the Covid-19 outbreak, and Horan responded to the rumours on RTE Radio 1 with Sean O’Rourke.

“I’m quite shocked by this story,” Horan explains. “It’s causing a nervousness among membership throughout the country, are we as an organisation putting the inter-county player ahead of the club player.

“At no stage have we discussed the return of training of inter-county players with any Government department.”

When asked about the possibility of any return by the summer, Horan added that “we (the GAA) are going to act responsibly, when social distancing is a high priority at the moment I can’t see contact sport coming on board in the short term”.

The association are in regular contact with the government, and the GAA head says that they will transmit any decisions to the GAA public when clear direction has been given.

“We’ve made a lot of ground as a country and as an organisation and we can’t let that slip… the key to it all is patience.

“Games are games, but as I say all along, we’re not going to put anyone at risk.”

Professional sports may look at the option of cocooning players and playing games behind closed doors, but the reality of amateur GAA is that participants live among their communities.

Playing sports and isolating themselves away from the people in their lives is not possible, and the association seem set on slowly dipping their toe back into competitive action when the time comes.

“If and when we do return, the club scene will be our priority because 98 per cent of activity happens at club level and club level includes all of our inter-county players so as we’re looking at it at the minute, our return initially will be back to club activity before we engage in inter-county playing.

“The greater activity and the greater benefit to community would be to have actual club activity taking place first and that’s where our focus is at the moment.

“The inter-county game is very important to us but we’ve got to strike the right balance on this and if we do get back in 2020, it will obviously be shortened seasons.”

“When will the health authorities declare contact sport as safe and until then we really cannot make a decision about returning to play,” he adds. “That’s the key question in it all: when will contact sport be safe?”

In this article:GAA president, John Horan 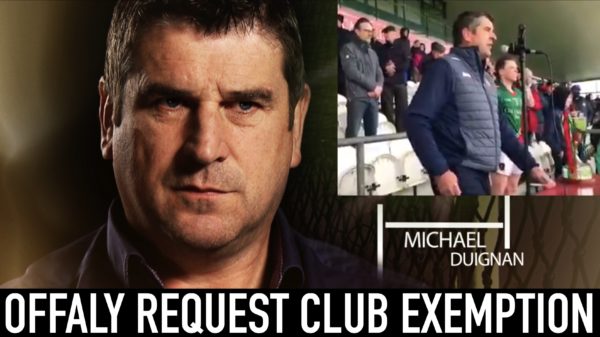 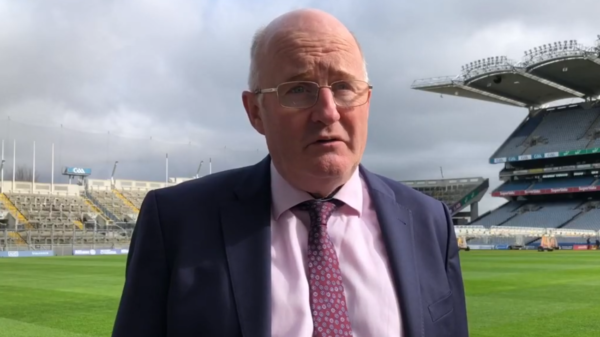 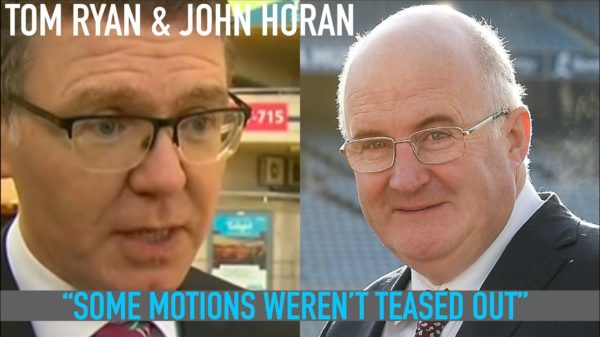 John Horan and Tom Ryan at GAA congress talk rules: “everything is up for grabs”

Ryan doesn’t see the attacking mark as a “revolutionary change” while Horan wants to tidy up some rules. 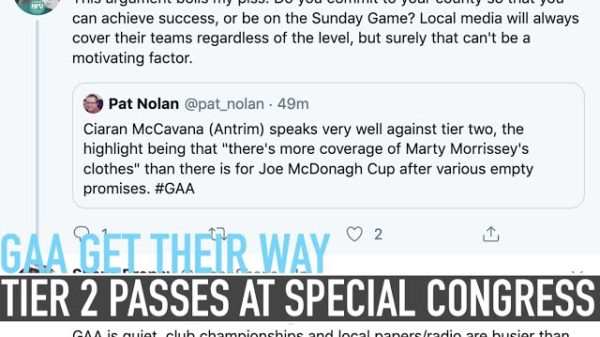