Former Kilkenny hurler Adrian Ronan looks back on the Cats’ 3-20 to 2-22 win over Dublin, and how they almost lost the game after going 16 points ahead.

BY SEAN BYRNE
Adrian Ronan believes Dublin’s late scoring surge against Kilkenny on Saturday evening was a combination of the Cats switching off and not being ruthless enough.

Having led the affair by 15 minutes at half time, Kilkenny allowed the Dubs back into the frame with four points from Donal Burke and a goal from substitute Ronan Hayes as the tie entered the final ten minutes.

Amazingly, Dublin managed to score a second goal through Chris Crummey, the game having been all but finished ten minutes beforehand.

A further two scores from the impressive half time substitute Eamonn Dillon brought the game back to within a single score.

Ronan believes the late comeback was a result of the youth and inexperience of the Cats lineup, rather than brilliance from the Dubs.

“I think Kilkenny certainly took their foot off the pedal. The great Kilkenny teams of the past would have buried Dublin and won by 30 points”.

“This is a youngish team, maybe not familiar with the term ruthless.”

While Kilkenny did manage to claw back with two vital scores from Alan Murphy and Huw Lawlor as the clock entered red, Ronan believes there was possibly too much of a reliance on TJ Reid when the tides began to turn.

However, Although Kilkenny were less than impressive in the final quarter, Ronan remains positive with how the team performed overall.

‘’I’m in the group that is going to stay positive, that I thought Kilkenny were wonderful in the first half and so did everyone else around me, so I went away confused.

“I suppose we will find out when we play Galway.”

Although the Cats got a fright on Halloween, they advance to the Leinster final where they play Galway on November 14. 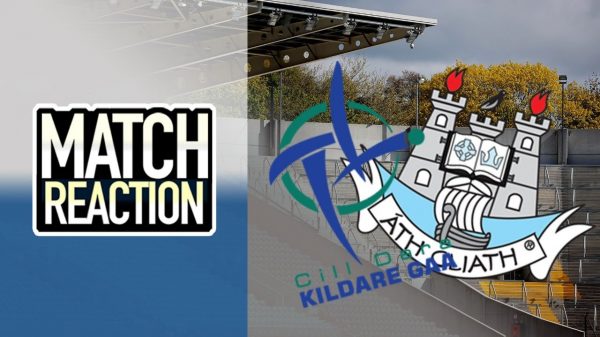 Dublin were looking to win an 11th Leinster SFC title in a row against Kildare at Croke Park. PATREON: Join the OurGame Supporters Club...

Former Galway manager reflects on his native county losing the 2021 Connacht SFC final to Mayo at Croke Park, and how you must set...