In this exclusive extract from his autobiography ‘Royal Blood’ three-time Meath All-Ireland winner, Martin O’Connell reflects on the 1996 drawn final with Mayo and gives a unique insight to the biggest brawl in Gaelic football history.

After the drawn game, there was a huge sense of anti-climax. We went back to the hotel, headed home the next day, and then we were back training on the Tuesday. Believe you me, it takes a while to pick things up after a game like that. That first week back training, things were at an all-time low. It was torture training and trying to build ourselves back up again, because we thought we were done with it the week before. We had put so much effort in, then all of a sudden we’re back training. Everybody was really flat. There were obviously no celebrations the night of the drawn game, so everything was back to normal very quickly. It was a huge come-down and it took us a week to really get going again.

The conditions that day were probably the worst I had ever played in. I don’t mind it being wet and a bit breezy, but this was a gale-force wind, the sun was shining, and there was feck all rain. The wind was horrible. It was blowing straight down into Hill 16 at the time. Early in the game, Maurice Sheridan had a free from under the Cusack Stand. It wasn’t really kickable for a right-footer, and it dropped short into the goal mouth. I had it in my hands for a second before John McDermott took it. He was coming out with it, and Anthony Finnerty came in and hit McDermott a little slap in the face. I came in and pushed Finnerty out of the way and then…chaos! People will say to me “you hit nobody” or “you hit this fella” – I actually hit nobody, and nobody hit me.

At first I was running around trying to stop lads fighting, because there were only one or two at it initially. Then all of a sudden there were four or five lads involved, then very quickly there were 20 lads at it. I was fed up running around trying to stop fights, because what would surely have happened is I’d get a box myself, and I’d end up in the middle of it. The handiest way out for me was to go into the umpire, who was Francie McMahon. Francie was a driver for Manor Farm chickens, and I used to meet him on the road regularly. So I said to Francie “what’s going to happen here?” He said “Colm Coyle and Liam McHale are going to be sent off.” How those two were going to be picked out, I don’t know. That’s what Francie said, Lord have mercy on him, and he was right. I was chatting to him for a couple of minutes and there wasn’t a chicken or a ham mentioned! I said “how can you pick these two?” I mean, lads were milling each other, but I didn’t realise it was so bad until I saw it on the television. It took a while to calm down, but I don’t think there were too many decent boxes thrown, though Colm threw a few I’d say! So Pat McEnaney came in to chat to Francie and I walked away. Pat came out, sent the two boys off, and that was it. I know he said many years later in an interview that he was going to send off McHale and McDermott until he spoke to Francie, who had spotted Coyle “dropping six of them”, so that’s what happened.

Why there was a melee, I don’t know. Maybe we were overhyped up for it, or we wanted to prove a point? It’s hard to say. There had never been any niggle between ourselves and Mayo in any of our previous meetings. This was much worse than what happened between ourselves and Cork, even though there was a lot of bad blood between us back in ’87 and ’88. A lot of people were saying that we lost our worst player and Mayo lost their best. I don’t go along with that for a second. Coyle was a huge loss to us. I thought he had been excellent that year. He played well in the drawn game and he added a bit of steel to our defence. On top of that, he had two younger lads with him in the half-back line, and now he was gone. I was left on my own with a lot of inexperienced lads around me. So Colm was a big loss not just for his football ability, but also for his experience and his talking on the field. Mind you, those young lads came of age that day.

The game settled down after the row, but shortly after that I was backing up to catch a ball, and I pulled something in my hip. My God it was sore, but I battled on. I wasn’t going to give in, but I was black and blue that night. I did ok in that game, though the conditions were terrible for both sides and it was a really difficult wind to play into. I picked up one of the few bookings I can remember getting in my career later in the half. I caught a ball under the Cusack Stand and passed it over Maurice Sheridan’s head. He body-checked me slightly, and I pushed him back. The ref booked the two of us. I had been marking Ray Dempsey early on, but he was taken off about 10 minutes before half-time. PJ Loftus came in, who was a bit of a speed merchant. He wasn’t long on the field when a high ball came in between Mark O’Reilly and Anthony Finnerty. I could see it was going to break either left or right, so I went one way, but the ball went the other. I was within touching distance of Loftus, and I could have pulled him down, but I knew that if I did I’d be sent off. He stuck it in the top corner with a great finish. That put Mayo six points up with half-time approaching.

Again though, we were able to hit back straight away, which was a real trait of the Meath teams I played on. We got a penalty after a long ball was played into the Mayo square and Tommy was dragged down. Trevor stepped up and stuck it away, so the Mayo goal was cancelled out almost immediately. That probably knocked the stuffing out of them a small bit. If they had tagged on one or two points after getting their goal, it could have been curtains for us. As it was, we went in just four points behind, which wasn’t too bad given the wind Mayo had in the first half. They struggled a bit for scores after half-time because of the gale that was there. James Horan took a shot at one stage and I was right behind him. It was going straight over the bar, and the wind just took it and it dropped short. At the other end, Trevor floated over a few great points that the wind helped carry over. You could just put the ball up and the wind would nearly do the rest.

In spite of having the elements behind us, we were still behind by two points with around 10 minutes to go. That was when Tommy Dowd played a captain’s part and popped up with a vital goal. Graham won a free, which would have been one that Trevor would have knocked over at his ease. I’d say the Mayo defence were thinking the same, and they dropped their guard for a split second. Graham took it quickly to Tommy who was unmarked around the 21 yard line. Tommy rounded the goalkeeper, fell on the ground, and how he got his leg to it to kick it I don’t know – but he rolled it into the net. It was a dour game, and we were lucky to win by one thanks to Brendan Reilly’s famous point down at the Hill 16 end. He turned his man, took a touch, and stuck it over from an impossible angle. He didn’t drill it, he just curled it and the wind took it in. Brendan was fantastic for us that year. That proved to be the winning score.

Mayo came back at us again right at the end – down the Hogan Stand side. Someone got a half-block on a shot and the ball broke to me. I got around my man and I drove it as far as I could, then I heard the final whistle. I was so relieved. We hadn’t played well at all. Were we lucky to win it? We probably were a little. Mayo actually played better against the wind than we did, they carried the ball a little bit better even though the winning point came from Colm McManamon carrying the ball into trouble and getting dispossessed. There was great excitement after winning it. It was my third All-Ireland, and I thought “this could be my last one”. So it proved.

The next day, when the dust settled – or so we thought – both teams were brought back to Croke Park for a function. You could cut the tension with a knife. There were two buses leaving our hotel – the team bus and the supporters’ bus. Seán had tickets for the function to hand out to the team. But between thing and another, some of the team went on the supporters’ bus, and some of the supporters went on the team bus, so everything was mixed up. The first bus went about five minutes before the second. I was with Tommy Dowd and Colm Coyle on the second bus, and Tommy had the Sam Maguire cup. The first bus landed at Croke Park and everybody went in. Then we arrived, and there were stewards and Croke Park blazers outside, and we couldn’t get in. The lads in the green jackets wouldn’t let us in because we had no tickets, and we had no tickets because Seán was gone in with all of them! He was above looking down on us. We had the Sam Maguire Cup, and the Meath blazers on, and yet we couldn’t get in.

It was a case of “sorry lads, if you’ve no tickets, we can’t let ye in.” I said, “half the team is up there, we’ve the cup here, we have to get in!” Nope. We couldn’t get in for love nor money. Eventually Seán got word as to what was going on, so he came down and handed out the tickets, and in we went.

After the 96 final, a lot of suspensions were handed out. Jimmy McGuinness got the longest suspension – six months. You would think someone was after being killed. I thought the whole thing was blown out of proportion. Jimmy was highlighted on The Sunday Game, and Pat Spillane mentioned that he was like Michael Flatley. Jimmy got involved early in the row, and by the time it finished I think he was nearly under the Cusack Stand. He wasn’t going for a walk either, he hit everything going! Maybe six months wasn’t that outrageous now that I think of it!’

Advertisement. Scroll to continue reading.
In this article:Meath, St Michaels 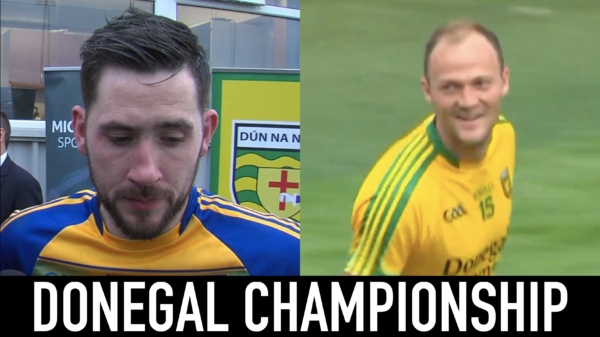 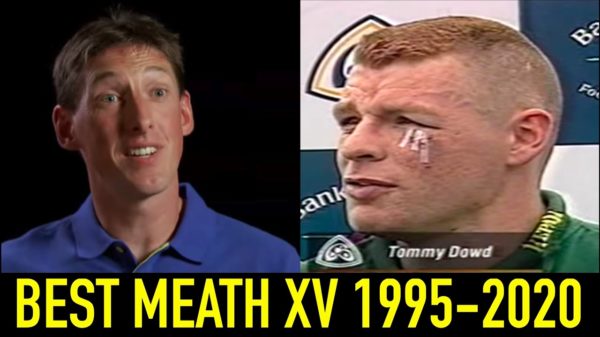 Can any of the recent generations burst into a team that has heavy sprinklings of All-Ireland winners from the 90s? Shane Stapleton is joined... 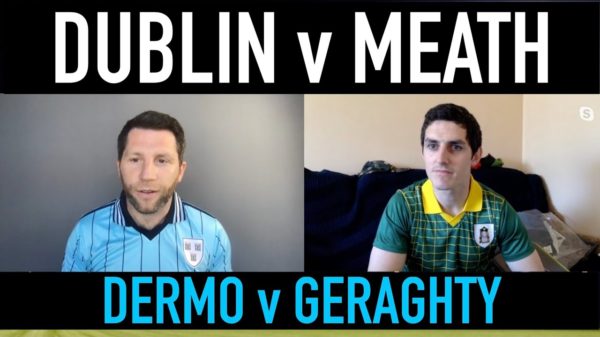 The time two workmates smashed each other in 1988, the four-game saga leading the GAA’s fightback against soccer, and the TV replay incident of...