First published September 2014, in the lead-up to the All-Ireland final

In 1991, John Power and Aiden Ryan were battling for the Liam MacCarthy Cup, but for Tipperary, they were chasing a second title to legitimise an All-Ireland won a couple of years beforehand.

JOHN POWER has seen Tipperary needing an All-Ireland before.

In a county where proof of the pudding is swept from the plate very quickly, the Premier fans demand another Liam MacCarthy to show this generation are no one-hit wonders.

Since 2010, the promise of imminent domination proved to be an empty one, as Brian Cody’s Kilkenny ended their three quests since.

Twenty three years ago, in 1991, legendary Cats centre-forward Power was part of an emerging team set on denying Tipp an All-Ireland that would have legitimised another.

That’s what Aiden Ryan, who wore blue and gold that day, and Co were up in ’91 against because the general perception was that their ’89 title against Antrim came cheaply.

“The so-called experts weren’t accepting us as champions until we put another All-Ireland under our belts,” explains Ryan.

“But Antrim had a fantastic team at the time and they don’t get credit for how good they were; they haven’t reached those standards before or since.

“The ’91 final was one of those All-Irelands that we were so anxious to win and prove our mettle as a team.

“Even in ’91, the team was on the wane and we only won one more Munster in 1993, so that was pretty much the end for that group of players.”

Power agrees on all fronts, and wonders what might have been had Ollie Walsh’s team believed what their manager had been telling them in the lead-up to the 1-16 to 0-15 loss.

It was a game that turned on a mishit free from Michael ‘Skippy’ Cleary, whose effort for a point somehow ended up in Michael Walsh’s net.

“Not to disrespect Antrim, they are fantastic hurling people, but the wider GAA wouldn’t rate Tipp beating Antrim in an All-Ireland final, they wouldn’t rate it too highly — with respect,” says Power.

“If they didn’t win in ’91, their time was passing over because not winning that final, it would be a team that didn’t achieve what it should have.

“So Aiden was perfectly right there, they did need to win it and it did affect them. My perspective is that a game you’re supposed to win is the hardest of all.

“We probably out-hurled them big time in the final and probably left it behind us,” he explains, while noting that Tipp’s Nickey English and Colm Bonnar were badly hampered with injury.

“Ollie in fairness gave the two weeks before that match trying to instil in us the belief that we could win, whereas we were content with a good display.”

A huge turning point in the ’91 final came when Ryan met Power with a shoulder early in the first half, one that sent him barrelling towards the Cusack Stand.

Looking back, it seems complete madness that the barrier between the fans and the pitch was barb-wiring — but the Borris-Ileigh man intended no harm on his Kilkenny opponent.

“I didn’t know what was around the pitch at the time but we were awfully hyped up for it because there were effectively two All-Irelands resting on that game,” says Ryan.

“That’s what we were playing for. If we got beaten in that game, we mightn’t have won anything in 1992 or 1993 and then we’d have died off and been known as the team that won one All-Ireland.

“I was midfield that day for the first half anyway and John Power was one of those players that was just a big, strong yoke putting his weight around.

“I wasn’t the only one who ploughed into him, I remember Colm Bonnar and (my brother) Bobby had a go and he was just a guy you had to keep tabs on, he was the mainstay of that forward line. Him and big Christy Heffernan.”

“Ah sure yeah, I’m good friends with Aiden since and he didn’t set out to injure anyone that day,” says Power.

“I found myself after 14 minutes with a gash that needed 18 stitches in my hand. All-Ireland final day — win, lose or draw — you like to be injury-free and contribute what you can on the day. But it severely hampered me.

“I played on, but looking back on it was like a slaughter house: I had blood on me face, blood on me hurley and blood on me togs and now if you get a dash of blood coming from your leg, you have to go to the sideline. Things are very different now but it was unfortunate that day.”

Ryan spent 15 seasons chasing silverware with Tipp and it took him a couple of years to come to terms with retiring — the polar opposite of Power who left the fray three years later in 2002.

“I found it very hard for the next two or three years to go to games,” says Ryan. “You go down to Cork for a championship game and you could feel the veins in your arm about to bulge as 3:30 began to approach but you knew you were only up in the crowd.

“It takes a couple of years to come down off that adrenaline rush when championships around. It’s hard to describe but eventually you come to terms with it.”

“I actually took a sigh of relief that it was all over. I actually didn’t get in to play after shoving all the way in 2002.

“I was playing out of my skin but Brian Cody brought Henry (Shefflin) out from corner-forward to centre-forward and who was I to try move him. But I pushed it all the way.”

As the counties continue to do up to this day. 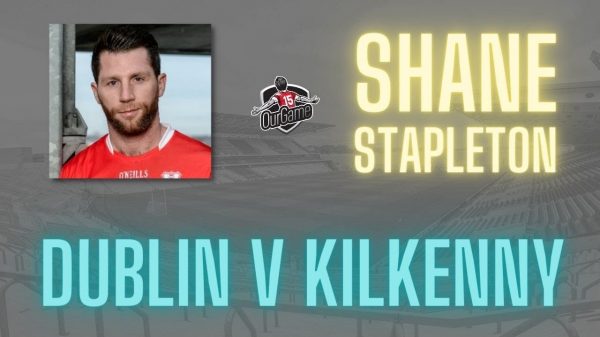 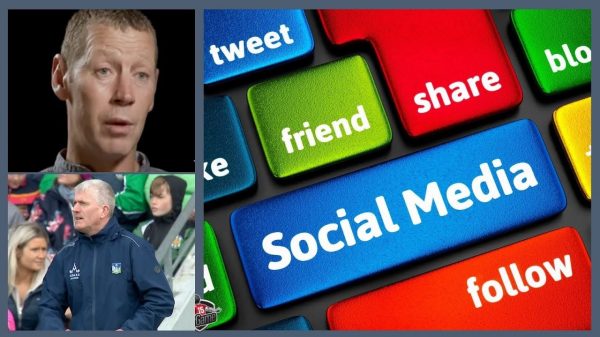 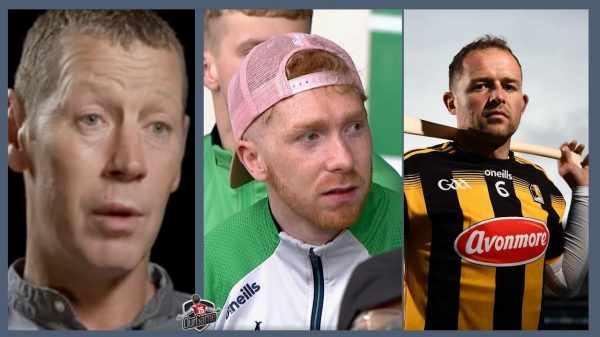 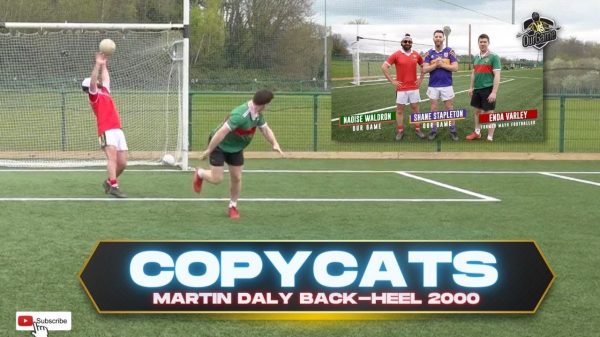