Mayo beat Galway to regain the Connacht title, in a game that produced a number of talking points.

This victory puts James Horan’s side one clear of their rivals in the roll of honour.

After a slow, this game caught fire after half-time and went right down to the wire.

Shane Walsh missed two difficult frees that could have sent this decider into extra-time but it was Mayo celebrating after the final whistle.

New leaders for Mayo
There has been a lot of talk of Horan adding new faces to this Mayo team, as he has given numerous players their debuts this year.

Six players started in their first Connacht final and some of them played massive roles.

Midfielder Matthew Ruane was given match of the man and chipped in with two points.

His second point was Mayo’s opening score of the second-half and gave them the dream start to playing against the wind.

Oisin Mullin was consistently making driving runs from corner back, especially in the first-half.

He also showed his defensive side when he picked up substitute Damien Comer and kept the Galway target man quiet.

Ballintubber’s Bryan Walsh came on after half-time and he made a big contribution, landing two points in the last 35 minutes.

Mayo were only leading by two points when he fisted over his second score to give them breathing space heading into stoppage time.

Another game without conceding a goal for Mayo
Mayo often get praised for going man-to-man with their defending, and we could see why today.

It’s the third championship game this year they haven’t conceded a goal.

Despite giving an early point to Dessie Conneely, Chris Barrett was solid as a rock at full-back.

The Belmullet player gave great examples of tacking, being in front of his man and winning his own ball.

Horan’s men don’t give up many goal chances. Johnny Heaney came close early in the second-half for Galway to finding the net, but that was the nearest the Tribesmen got.

There was an opening for Padraic Joyce’s men in the 74th minute when Sean Kelly was going through on goal but Eoghan McLaughlin didn’t allow a shot to be taken.

The Westport man was happy to take his black card, underlining that if you’re going to get the ball past David Clarke, it won’t come easy.

Did the COVID break affect Galway more?
Galway were the form team in the country back in March. They won four of their opening five league games and were sitting top of Division One.

Their form and performances have not been the same since the return of the inter-county game, losing all three of their games.

The walkover they received from Sligo last weekend didn’t help matters either.

Despite registering the first score of the game, they went long spells without raising a white flag.

Nineteen minutes passed before Shane Walsh added to their tally and it was another 14 minutes before Walsh and Galway got on the scoreboard again.

Other matters didn’t help, as Ronan Steade replaced Cein D’Arcy and Johnny Duane went off injured, all before the 28th minute.

Kerry and Tyrone have also been knocked out but still produced memorable league displays.

Joyce didn’t have that luxury and even though his side battled all the way towards the end, he will know well none of their performances since October matched the same standard as the first three months of 2020.

In this article:Mayo v Galway 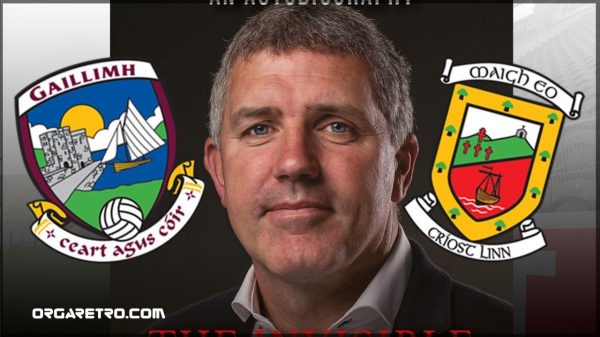