It’s one of the toughest positions in the game and there are different ways to play it, so we’ve decided to look at the contenders for best corner-back in Gaelic football.

The Cuala man wasn’t marked out as an underage superstar who would inevitably graduate to inter-county level.

He was one of the junior team that won the 2008 All-Ireland title before stepping up with the senior side under Pat Gilroy.

Having played in the Dublin team that ended a 16-year drought against Kerry in the 2011 final, the tigerish defender spent a number of years slipping in and out of the team.

Competition in the Dubs defence has been fierce during the past decade, and ‘Fitzy’ has ultimately seen off a number of top rivals.

Having been a substitute throughout 2015, he was promoted to a starting position for the All-Ireland final replay against Mayo in 2016, and delivered a man-of-the-match display.

Since then, the Cuala man has been a mainstay, and his excellent job on David Clifford was instrumental in the Dubs completing the five-in-a-row in 2019.

Davy Byrne has established himself as another top-level corner-back, while Eoghan Ban Gallagher, Tom O’Sullivan and Eoghan Kerin have also made an impact.

In 2015, Keith Higgins was named captain of Mayo and Aidan O’Shea was then asked about the Ballyhaunis man’s influence on the county.

“Keith is a three-time All Star in a row now and is probably one of the most consistent players in the country,” O’Shea said.

“He is Mayo’s best footballer of all time in my opinion.

“He probably changed his attitude under (James) Horan as well. He’s probably taking football more seriously than he ever has.”

Higgins has since added a fourth All Star, and his ball skills have in the past seen him play further up the field. At 35 years of age, the 2006 championship debutant is still one of the best around.

Click play on the video at the top of the page to see the debate, and who was named number one. 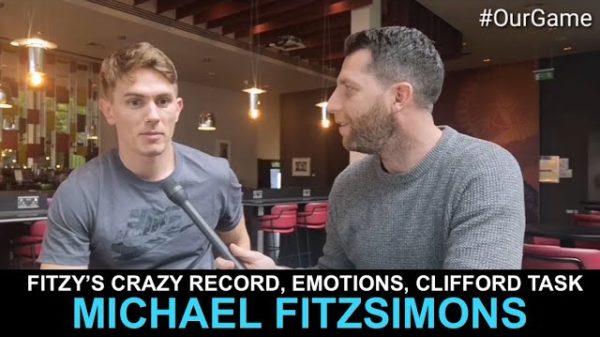