Shane Stapleton reports from Semple Stadium where Cork have knocked Dublin out of the All-Ireland hurling championship with a 1-25 to 0-22 win.

BY SHANE STAPLETON
Cork 1-25 Dublin 0-22
Cork hurling hasn’t had much to shout about in recent times, but this six-point win over Dublin was a step.

To have your manliness questioned time after time, be it the All-Ireland semi-finals they continue to lose or last year’s collapse to Kilkenny, the Rebels have become a punchline.

John Mullane referred to their status as that of Manchester United in the post-Alex Ferguson era, and at some stage there had to be a reaction.

Cork may not win an All-Ireland this year or next, but they need to show they are willing to die with boots on rather than heels.

Dublin presented a pitiful challenge at Semple Stadium, and the ease of the victory owes as much to the capital’s shortfalls as it does to the positive play of the Leesiders.

Perhaps the Dubs were the perfect team for Cork to play: willing to allow you to hurl, saying “after you” as your speed merchants run into space for puckouts, playing for a third week in succession, and lacking the hurling to punish you.

Waterford made the Rebels look a shoddy team one week ago, and it made them something that Cork should never be: uninteresting.

Hurling fanatics will always watch them but there was a time when neutrals were excited at the prospect of the red jersey, and rivals feared it.

Patrick Horgan has held up his end of the deal, and now Robbie O’Flynn has again given hints that he wants to help lead the line. The Erin’s Own man was suspended for the Deise defeat and was exceptional upon his return.

Seamus Harnedy was in fine form, Shane Kingston had a great first half, and Mark Coleman broke Dublin hearts as the spare man back. A lot of good in that.

Yet there is a sense that their defence is suspect, and the absence of Eoin Cadogan is an issue, while the first-half injury to Sean O’Donoghue may add to their susceptibility. The next game will tell a lot.

They are far from the finished article and theirs is a half-back line that will strike fear into no serious contender.

Still, recent history shows that the Rebels can trouble the likes of Tipp and Limerick, so there is no reason to not set ambitions high.

For Dublin, it’s another season that ends in dispiriting fashion. The loss to Laois last year owes a lot to half of the Dubs’ starting team being absent, but this group isn’t far off what they have now.

Their stick-work was well behind Cork’s, their workrate desired more, they needed to start with a sweeper and a different one at that (Sean Moran), while their forward line has all the cutting edge of a baby spoon.

Too many quality players are either off with the football outfit, or not committing to the cause.

Yes, they brought some pain on themselves both in terms of the selections and tactics (click play on video for more), but they are lacking raw materials.

It was a disjointed and demoralising display, and next season they may be best off with Moran and Chris Crummey once more anchoring their defence, and build from there.

Cork needed the boost, the sense that they have something to them.

Imperfect, but a first win since a league clash against Westmeath on February 16, it’s a step in the right direction and away from being a funny meme. 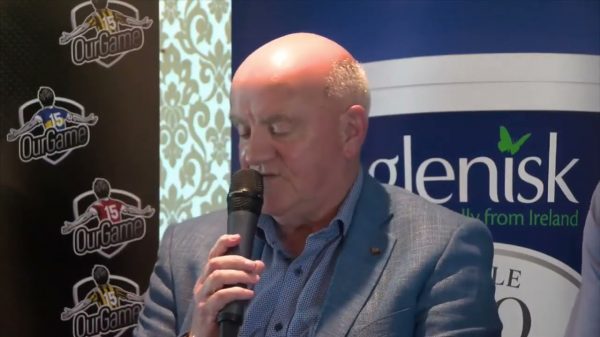 Cyril Farrell: “The name of God, it was like a county council cutting briars on the road” 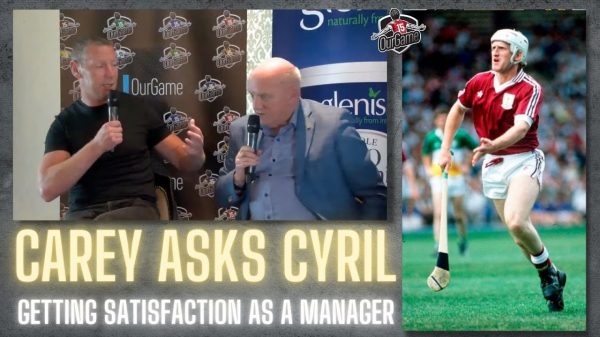 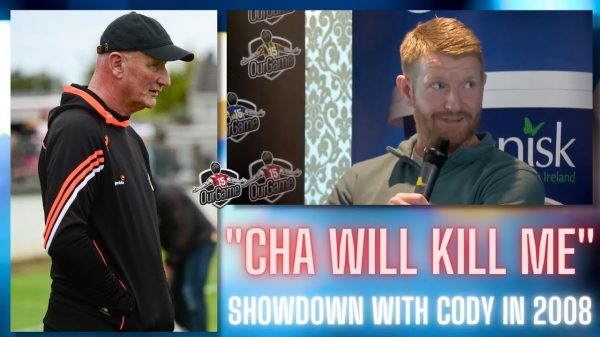 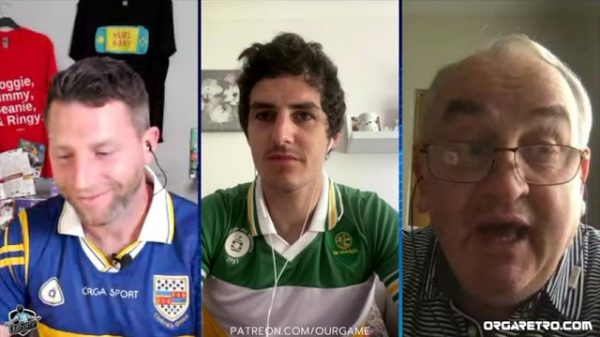