Ballyboden St Enda’s are looking to retain the Dublin SFC title for the first time in their history this weekend.

Looking to halt their march is a Ballymun Kickhams side that many suggest has underachieved in recent seasons.

They won a county and Leinster title in 2012, before losing the final to St Brigid’s of Roscommon, but have since come up short in two finals.

They have a side pockmarked with Dublin stars such as Evan Comerford, John and Paddy Small, Philly McMahon, James McCarthy and Dean Rock, and the club’s form seems to have benefitted from having exclusive access to these men in recent months.

Four-time champions Boden are reigning county and provincial champions and showed their mettle in seeing off Raheny and St Jude’s en route to the final.

Conor McKeon of the Irish Independent/Herald has watched both sides at close quarters for many seasons and says that discipline could be a crucial factor.

Ballymun had Davey Byrne and Leon Young (rescinded) red carded at the end of their impressive semi-final win over Kilmacud Crokes, while Jason Whelan was lucky to not also be dismissed.

“The big talking point around Ballymun over the past few years is that they have so many players in the Dublin squad and when they come back, they’re tired or injured or not familiar with the other players in the squad,” says McKeon.

“And that is the reason they have not won county titles, and that is true.

“But what is also true is that in big-game situations, they have frequently lost their discipline — or certain players have.

“In some cases, that means getting embroiled in rows like at the end of the Crokes game, and in some games it means losing tactical discipline.

“If you think about it, it’s the same head space you’re in: things are going wrong and you don’t know how to react.

“So you lose your shape, you try to do too much with the ball, or in some cases you get embroiled in a row because some fella is winding you up.

Outstanding from @BodenGAA & Robbie McDaid at the weekend 👌

“That is an issue Ballymun have frequently had, and there’s no getting around that.

“It affects them going into the final because Davey Byrne is a very key player for Ballymun.

“For all his manic energy, he does the simple things well, he’s energetic and he uses the ball well.”

Click play on the video at the top of the page for the full preview. 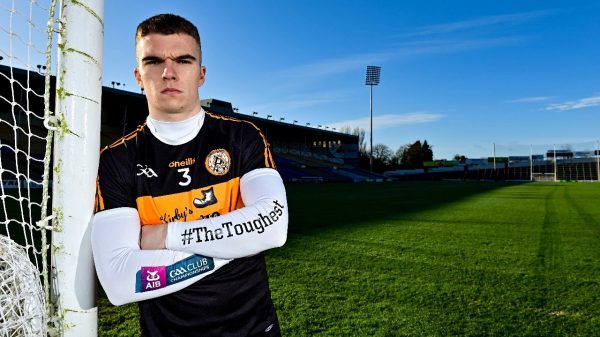