Shane Stapleton and Paul Fitzpatrick of the Anglo Celt preview the Cavan, Armagh and Fermanagh championship clashes coming this weekend.

Some of the county championships in Ulster are reaching the business end of the season this weekend.

Paul Fitzpatrick of the Anglo Celt is based in Cavan and this weekend is looking forward to some cracking semi-final action.

It’s been a high-scoring championship with very few mismatches, and two of the four quarter-finals went to extra time.

Kingscourt will now play Cavan Gaels, with the latter in fine form where Gearoid McKiernan has been lighting it up in his first season since switching from Swanlibar — Padraig Faulkner may pick up the free-scoring county star, according to Fitzpatrick.

“I don’t see any huge drop-off in the Castlerahan team and they’re used to getting into county finals now, but it’s a hard one to call either way,” adds the Anglo Celt writer of the second semi-final, also involving Crosserlough.

In Armagh, Crossmaglen are back in the final chasing a three-in-a-row, but they will face stiff opposition against a Maghery side that lifted the title in 2016 and are playing in a third final in five seasons.

Meanwhile, Derrygonnelly are looking to win their six Fermanagh title in a row and will hope to overcome Kinawley, with Teemore taking on Ederney in the other semi-final.

Click play on the video at the top of the page to watch the preview.

Kerry v Cork and Galway v Mayo this weekend — previewed. by Shane Stapleton, Declan Bogue and Paddy Christie. Get 15% off https://OrgaRetro.com with...

“Has it become a little bit stale? Hard to know” — sloppy Dublin, Cluxton, and talk on the grapevine

Roscommon coach Steven Poacher faced Dublin in the league this year, and he talks about their form under Dessie Farrell 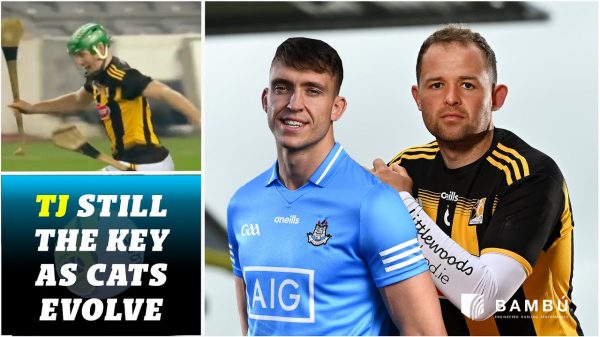 How will Dublin deal with TJ Reid this weekend, and do the Dubs have the class to dethrone Brian Cody's Kilkenny?