John Meyler talks about his underage career, lining out for Wexford and Cork, playing alongside Jimmy Barry Murphy with county and St Finbarr’s, and leading Kerry to that famous championship hurling win over Waterford.

Picture the scene: Waterford showed up to Walsh Park for their Munster championship opener in 1993 with the air of a side expecting to win with ease.

The Deise were high on the buzz of underage success, and John Meyler’s Kerry side were seen as an afterthought. In many ways, the home side’s complacency was well-founded.

Their minors had qualified for the 1992 All-Ireland final, while the Under-21s had gone one better by winning the biggest crown of all.

The county expected, and before the Kerry game, the victorious players arrived in suits to have their photographs taken.

As Fergal Hartley explained to OurGame, the Kingdom players by comparison “showed up with their hurleys and their boots in plastic bags”.

“It’s a bit like Liverpool in the white suits,” says Meyler, comparing Waterford to the Reds that lost the FA Cup final to Manchester United in 1996.

“Fancy Dans,” is how the then Kerry boss described the Deise, adding “it really p***ed me off.”

“Everything went right that day. We got a 21-year free and DJ Leahy took it and mishit it straight to the back of the net.

“Tipperary and Cork and Kilkenny have their fair share of those over the years but that was a great day.

“Ned Horgan, who is a great character from Kilmoyley, he was down with a bus and there was about 25 people on the bus. I went onto the bus and thanked all 25 of them (after the game).

“Liam Cotter, who was vice chairman of the Kerry abroad and responsible for hurling, he was a character and told stories about the IRA and stuff like that — I don’t even know if they were true or not.

“But I’ll never forget it, he sang the Rose of Tralee in the dressing room — it was a like a Joe McDonagh moment. There was no coverage of it but that probably adds to it.

“It was probably terrible hurling but the stories live on. It was incredible in the dressing-room. Tipp then in two weeks’ time up in Thurles!”

In part one of this interview with Meyler on his career, he talks about growing up in Tacumshane in Wexford, plauying with Our Lady’s Island and then St Finbarr’s of Cork, and sharing a dressing-room with hurling’s answer to Lionel Messi: Jimmy Barry Murphy. 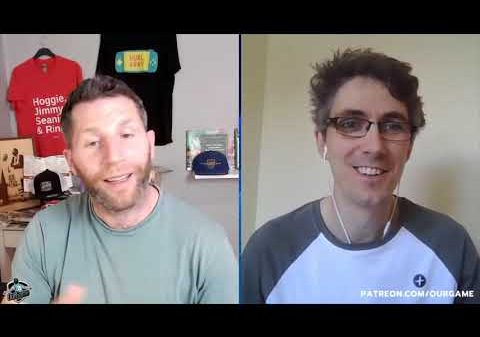