Recent history will show that Monaghan can be caught out in the championship.

The Farney County have been incredibly consistent in Division One of the league for a number of years now, and retained their top-tier status with a draw against Meath last weekend.

On Saturday, they welcome Cavan — who have just been demoted to the third tier — to Clones for a make-or-break Ulster SFC bout.

In the 2019 championship, the Breffni men shocked Monaghan with a 1-13 to 0-12 win, and it was not the first time Monaghan have been caught by a team they were expected to beat.

Longford did a number on them in the 2016 championship, Fermanagh beat them in a 2018 Ulster fixture, and in 2017 Down saw them off in a provincial clash.

“Monaghan have always had one of those results in their locker,” says former Carlow and current Down minor coach Steven Poacher.

“A number of years ago, they lost at home to Longford. Last year they lost to Cavan.

“In 2017, they were really fancied to beat Down in the Athletic Grounds and were seven or eight up at half time, but contrived to lose that.

“Monaghan have always had a championship blip in their locker. But testament to them, their sustainability to last in Division One as long as they have with the resources have.

“I don’t mean that patronisingly, the statistics will show they are one of the smallest counties in Ireland and they are maximising their resources.

Cavan may have been relegated from Division Two of the league — following a 1-12 to 0-13 loss to Roscommon — but their form was relatively decent during the campaign.

They finished with a scoring differential of just -4, won three games, finished level on points with sixth-placed Clare, and just another point behind Laois and Westmeath.

“On the flipside, my concern is that they don’t have that marquee man that is going to cause Monaghan real big problems.

“I thought Cavan at times were quite naive from their own kickout, letting Roscommon getting a few cheap kickouts away to get scores from it.”

“If Monaghan can get their matchups right, I can only see one winner at the weekend,” he adds.

Poacher also talks about why Monaghan need other forwards to step up to help Conor McManus, the impact of Banty, and more. Click play on the video at the top of the page to watch the full discussion. 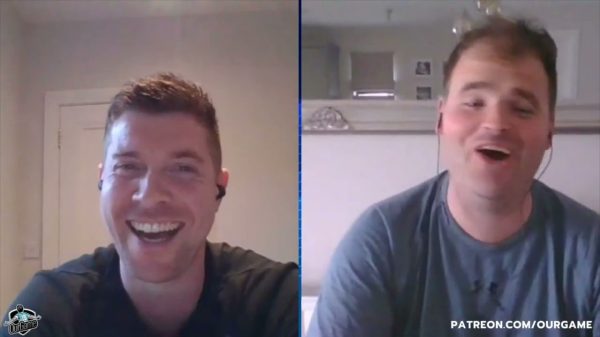