Those involved with inter-county teams across the country have given OurGame their thoughts on whether the All-Ireland championships should go ahead.

BY SHANE STAPLETON
People are afraid, that much is clear.

Whether it is for their health, their livelihood, or even just to utter an opinion, there is a nervy atmosphere.

We live in a divisive world, one of echo chambers with rising decibel levels and little room for alternative views, and for many people it’s easier to say nothing.

If you have a guaranteed income and/or a public profile, erring on the side of stricter measures may make sense to you.

For those voiceless peoples who have lost their jobs or are on the brink of doing so should NPHET’s recommendations for six weeks of level-five come true, closing down the country even more may mean destroying your livelihood.

Some of us may feel we have the right answers, plenty talk as if they do, and still it feels as though we are getting further and further from the shoreline.

There’s little doubting the levels of pain being caused up and down the country, and small mercies are welcome ones.

Seeing the club championships return lifted people, and the prospect of an inter-county season gives many something to look forward to.

Inevitably, there will be complications, and not every player — male or female — will be comfortable with lining out during the winter campaigns.

No player will be forced to do so, of course, and it seems ludicrous to imagine that anyone who does opt out will be on the end of criticism.

Mickey Quinn, who has been a key player for Longford for a number of years, has put his inter-county career on hold for the short term due to the rising cases and recently bringing home a new-born baby, and he is entitled to do so.

We put out a poll via Twitter asking “Taking everything in account, do you think the #GAA All-Ireland football and hurling championships should go ahead for 2020?”, and the figures held firm throughout returning a strong yes.

Certainly, a high concentration of the people who follow the account or have come across the poll are GAA people, but it is instructive nonetheless.

There may be other polls returning an answer to the contrary, and those should not be ignored either. No more than the GPA poll which showed that 76% of players want the season to happen.

A number of people involved with teams at the highest level contacted this column and gave their thoughts on the season going ahead.

“I’m with the [team x] u20s and believe it should certainly go ahead,” says one young player.

“The facts regarding people our age are promising and people only get certain amount of years to play inter-county hurling.

“In our case we only get a certain amount of years to play u20 and it is a pathway to get to the seniors and missing out on a year of it can have a big impact as you know yourself.

“With it being behind closed doors I think it should certainly go ahead!”

“For me personally, I’m uncomfortable playing this year’s hurling championship, and would prefer wait till everything settles,” says a senior hurler in the Leinster championship.

“But it’s too hard a decision to pull off, I would think I’m not alone in this. Live at home with two elderly parents.”

A senior county footballer in Ulster was adamant that the games should indeed go ahead.

“I feel would be a disgrace not to allow the games to go ahead,” he says.

“Personally feel that GAA will keep people alive over the winter. It’s bleak without it.

“A lot of the negativity seems to be coming from teams fearing for relegation,” he adds.

“I think it’s all a bit mad!” says one county team physio. “I was looking forward to it going ahead!

“I’m the physio with [team y] hurlers and even in the last two sessions lads are very anxious, worrying about going home, my [partner plays GAA] with [team z] and is beginning to feel the same!

“As the physio, we’re doing things best and as safe as possible and most lads are great, only getting physio is essential… but I don’t think it’s worth the risk.

“Rugby and soccer are elite, they train and live in their bubble as professionals, GAA players all have separate jobs etc and are mixing with too many.

“The anxiety among players and management is mad, not fair on anyone really.”

When asked if there was a difference in anxiety levels now compared with during the club season a few weeks ago, the response was forceful.

“Yep definitely club teams the excitement was there, lads were all from the same area, best of friends, and they loved being back with the club.

“I won’t name clubs but this week there has been hassle in [county x], and for example the players will ask us ‘what about those lads from such and such a place’ and it’s nearly like they won’t go near them!

“And I suppose it’s got a lot worse in the last few weeks!”

Should the government see fit to allow the inter-county seasons to go ahead, the GAA is likely to facilitate.

Any player who is uncomfortable with lining out, let them follow Quinn’s lead in knowing that people will understand.

There may be more important things in life than Gaelic games, but for plenty it is their life.

For many older people, who have felt isolation and may see that intensified, it gives them something to talk about during the week and to look forward to at the weekend.

Let us hope that there is no repeat of mass gatherings due to games, and the GAA, LGFA and camogie association should warn their members of the consequences of bringing the game into disrepute.

It is one thing to say ‘shut down Gaelic games for now’, but there’s no guarantee of when they can open in a world where everyone is happy with the levels of risk.

Should the country go into six weeks of level-five lockdown, does that necessarily mean Gaelic games can resume in the new year? No one can be certain.

If games can be played, they should be played, and by those who want to play them. 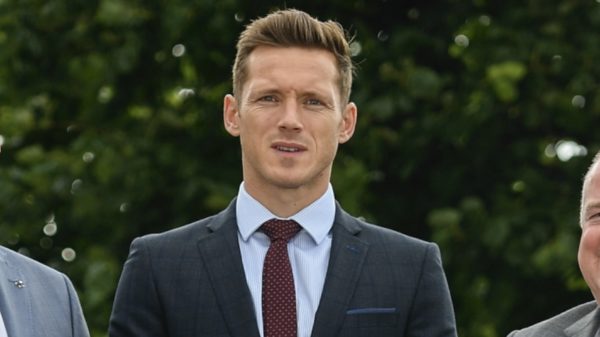 Just 24% of 1,695 inter-county players surveyed by the GPA do not want to proceed with the 2020 All-Ireland championships 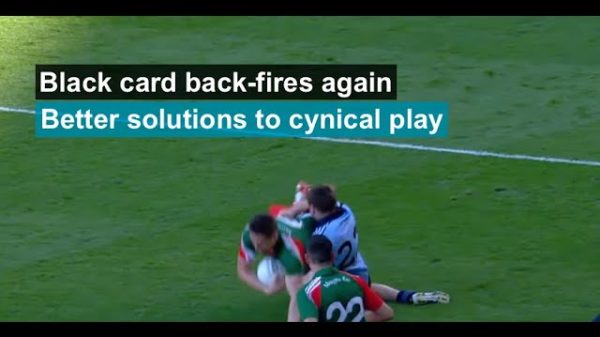 Shane Stapleton and Michael Verney look at how the short-sighted black card rule came against Kenmare in the Kerry championship, and outline how the...