Jack Neville looks back on the last five championship meetings between Tyrone and Donegal ahead of this Sunday’s clash.

Tyrone and Donegal meet this weekend for the sixth successive season in the standout tie of the opening weekend of senior football championship action.

Between them they have won ten of the last 13 Ulster Championships, with the winners in Ballybofey heavily favoured to go on and represent Ulster in the All-Ireland series.

This game will take on added incentive with no backdoor for the 2020 season meaning the losers’ campaign will end after just one outing.

These sides are no strangers to one another and have played some classics over the past number of years.

Check out the last five championship clashes below.

Donegal 1-13 Tyrone 1-10 — Ulster SFC final preliminary round
17 May 2015 at MacCumhail Park
Donegal made it four successive victories over Mickey Harte’s men as they ground out a three-point victory to move into the Ulster quarter-finals and resigned Tyrone to the qualifiers.

Darren McCurry had the game’s opening goal after ten minutes but Martin McElhinney’s three-pointer on the stroke of half time gave the defending champions a 1-8 to 1-6 lead at the interval.

The second half would be a much more conservative affair but it would only take Tyrone a couple of minutes after the restart to draw level with a brace of scores.

The game was finely poised at 1-10 a piece with 60 minutes on the clock.

From here Michael Murphy, who was a largely peripheral figure on the day, struck three frees in succession to give Donegal a hard-fought victory.

Tyrone 0-13 Donegal 0-11 — Ulster SFC final
17 July 2016 in Clones
Tyrone picked up a first Ulster title since 2010 and a first win since 2007 over Donegal with a late brace of points from Peter Harte and Kieran McGeary.

In a tense affair, neither side created much in terms of scoring chances in the first half hour with the Red Hands especially conservative in giving up kickouts and retreating deep into their own half, mirroring the approach of their opponents.

As such, they saw Donegal take a 0-7 to 0-4 lead into the half in Clones with Ryan McHugh the difference, kicking three scores from distance.

Donegal had the first score of the second half but after deciding to push up on their opponents kickouts, Tyrone began to find some joy with Niall Morgan levelling the game on 48 minutes.

From here the game opened up as the sides traded the next four scores.

Christy Toye would push Donegal ahead in the 69th minute but Sean Cavanagh was on hand to level with a beautiful score after 71.

Harte would give the Red Hands the lead in the fifth minute of additional time as he plundered one over from well outside the 45′.

McGeary would add the insurance point moments later as the Tyrone faithful stormed the pitch.

Tyrone 1-21 Donegal 1-12 — Ulster SFC semi-final
18 June 2017 in Clones
Tyrone reached a second successive Ulster final as they cruised past Donegal in an open affair in Clones.

After a largely forgettable encounter in the final the previous summer, Donegal hit the ground running and were 0-4 to 0-2 to the good inside the opening 12 minutes.

They would only add another score in the half as Tyrone kicked into gear and shot seven on the trot to a take a 0-12 to 0-5 lead into the break.

Tiernan McCann’s goal three minutes into the second half put the game beyond doubt.

They were 1-17 to 0-8 to the good when Michael Carroll grabbed Donegal’s goal late on.

In the end the margin was nine as Harte’s brigade advanced to the decider.

Tyrone 2-17 Donegal 1-13 — All-Ireland Super 8s
5 August 2018 in Ballybofey
Tyrone moved into the All-Ireland semi-finals as they beat Donegal in their home patch in the final round of the Super 8s.

Tyrone’s bench would play a crucial role as they outscored their hosts 2-7 to 0-2 in the final quarter.

A draw would have sufficed for Tyrone who had a superior goal difference and settled the better as they held a 0-4 to 0-2 lead after 20 minutes.

Jamie Brennan had Donegal ahead after 34 minutes and from the resulting kickout, Ryan McHugh pounced to set up Michael Murphy for the game’s opening goal.

The home side would take a 1-6 to 0-6 advantage into the dressing rooms.

Midway through the second half Donegal were 1-11 to 0-10 to the good before Tyrone blitzed the Tir Conaill men.

Three points on the bounce was followed by a well worked goal finished off by Harry Loughran to give Tyrone the advantage on 61 minutes.

From here they would coast into the All-Ireland semi-final with Declan McClure’s last minute goal putting a gloss on the result.

Donegal 1-16 Tyrone 0-15 — Ulster SFC semi-final
8 June 2019 at Kingspan Breffni Park
Jamie Brennan’s third minute goal would prove the perfect tonic as Donegal got their first win over rivals Tyrone since 2015 to book their place in the Ulster final.

Brennan’s goal was the difference between the sides after a frantic opening seven minutes that saw as many scores with Donegal leading 1-3 to 0-3.

There was an extended period without a score but a late surge from Donegal saw them tack on five of the last six scores of the half to give them a commanding 1-9 to 0-5 lead.

Heading into the final quarter, Donegal’s advantage was still at seven as the sides traded a number of scores.

Tyrone did battle valiantly and they had the gap down to a goal in the fifth minute of additional time.

But Donegal never lost like losing it as they saw out the game.

Liam Cahill: “The easy thing to do was to say yes to Tipp”

Clubs that should have won All Irelands | What is the best county championship in Ireland? 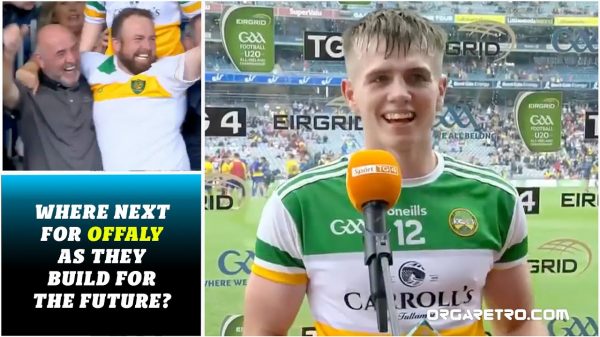 🥂 Verney toasts Offaly Under-20 glory: “this will help the whole thing explode”

Michael Verney and Shane Stapleton were at Croke Park to see the Faithful County win their first national title in 23 years, providing more... 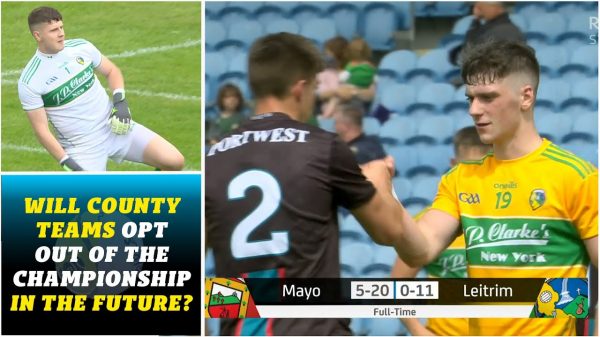 At what stage will small counties begin to opt out of the championship? 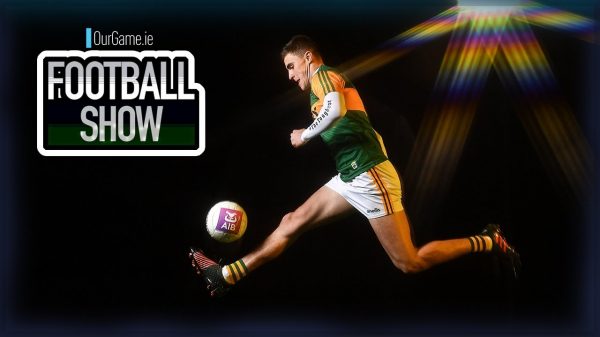 Former Leitrim star Emlyn Mulligan looks ahead to the Connacht SFC semi-final with Mayo, and all the other big football stories