Catherine Dolan says it has been a difficult time, and she admits there remain a few unanswered questions and concerns about Cavan’s form ahead of their return to action against Kerry.

BY DECLAN ROONEY
It feels like a lifetime ago since Cavan kicked off their Lidl NFL Division 2 campaign against Kerry in January, but ten months later so much has changed as the two teams do battle again in the first weekend of the TG4 All-Ireland Senior Championship.

While every corner of the island has been affected in some way with Covid-19 outbreaks or restrictions, not many places have felt it as severely as Cavan.

Recently, the county has had Ireland’s highest number of cases per head of population and as a result they have been unable to play any challenge matches ahead of their return to competitive action.

Like her Cavan teammates, Catherine Dolan says it has been a difficult time, and she admits there remain a few unanswered questions and concerns about their form ahead of their return to action against the Kingdom.

“It has been a challenge, I suppose. I think that the uncertainty surrounding whether it would all go ahead or not made for difficult preparations,” said 22-year-old Dolan.

“First of all, we thought if we went to Level 5 the championship would be off, but then that changed.

“It was no one’s fault, but it’s not ideal preparation going into championship games. But everyone is doing their best, trying to keep it all as safe as possible for us.

“It is kind of a worry, to be honest. We were supposed to have one game last weekend against Donegal, but that was pulled.

“It is hard to fully prepare the team and for the management to fully decide on their starting 15 I’m sure.

“In-house games are tough because you don’t want a more experienced team playing against a younger team but you want the starting team playing together too.

“But I think we all understand as well why they want to limit those games.”

As with all sporting action nationwide, there will be no spectators allowed in to see Cavan and Kerry in Birr tomorrow, but with all of the LGFA’s Championship games being streamed or shown live on TG4, there is some comfort for players’ families.

Dolan says that not much has changed in their training regime, apart from the ban on the use of some facilities, and she hopes the players can gain some reward for their efforts.

“The players have really given a lot this season. I suppose we are just going day by day and enjoying it when we can.

“Even look at car-pooling, we would always have shared lifts with girls from our club and nearby clubs. Now girls are travelling on their own to training.

“Younger girls’ parents are having to trek up and down to training three or four times a week with them. It’s a massive commitment from them.

“It has been different at training. It’s kind of like everyone is wary. You don’t go into the dressing room for the usual chats 15 minutes before you head out. That part of it is gone now.

“Other than that, we are still training for game situations and doing drills. The time of the year makes it different too: we are just getting used to the cold conditions.

“It feels a bit like pre-season, but you have to replicate game day stuff instead of long runs.”

Prior to her return to inter county, Dolan captained her club Lurgan to the semi-final stage of the county championship, with Lacken running out winners.

During the last few months, she has had plenty to keep her busy with her final exams in Business and Law from UCD taking place online in May and June, while she has switched focus back to some more educational challenges.

“I have finished my four years in UCD but now I am studying for FE-1s, the entrance exams to go into Blackhall Place to become a solicitor.

“I’m studying at home at the minute so it’s not much craic.

“There are eight exams in all and you spread them out over a year. They’re coming up in November and will be online, so that’s a bit of a change. Hopefully the technology holds up on my end for them.

“Luckily I didn’t have a lease in Dublin, I was planning on staying at home for the year. If you were still in college you’d like to be socialising and out and about.

“But for me it’s not college now, it’s just getting on with your life at home.”

After a successful underage career with Cavan, where she won two Ulster Minor titles, Dolan went on to make her Senior debut in 2018, where her eye for goal and powerful play impressed.

In 2019, she didn’t play at all with the county due to a stint on Erasmus in Milan, but now she’s back she wants to give this championship her all.

“It’s a big step up from underage but it’s great that Cavan are winning things underage and the girls coming through are used to competing against Dublin, Cork, Kerry and Galway and those top teams.

“I think the last few years we really have been looking for a breakthrough. There has been great work done underage, the potential is there and we know we are able to compete at a Division 1 standard and at Senior level.

“When we played them in the league it was our first game, but we did feel that on that day that we were capable of beating them.

“We were disappointed with our own performance that day; it was a windy enough day and they pulled ahead in the first half, and we tried to pull it back in the second but fell a point short.

“There is not too much between the two teams, so hopefully they are in the same position as us going into it. It should be a good, competitive game.” 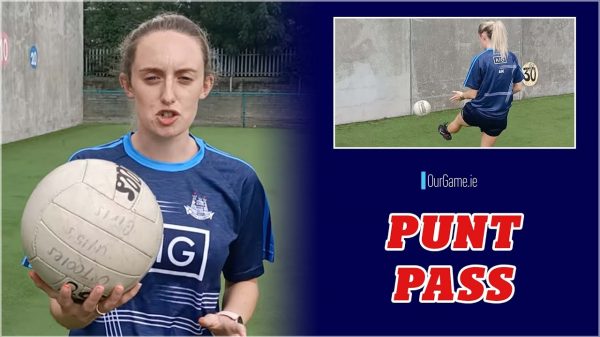 Aisling Kane uses the GAA Wall to help us improve our punt pass, and works in a 30-second challenge. PATREON: Join the OurGame Supporters... 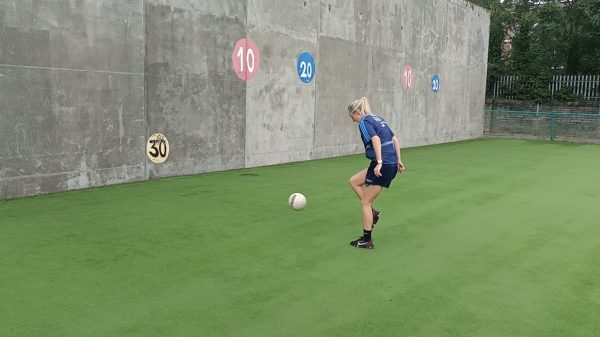 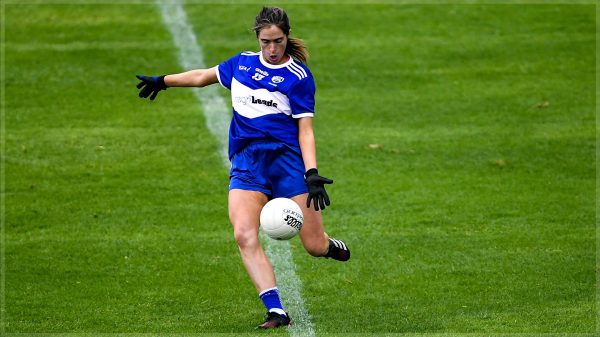 Mo as 2001 mascot: “I was seven years old, and my Mam had died earlier that year” 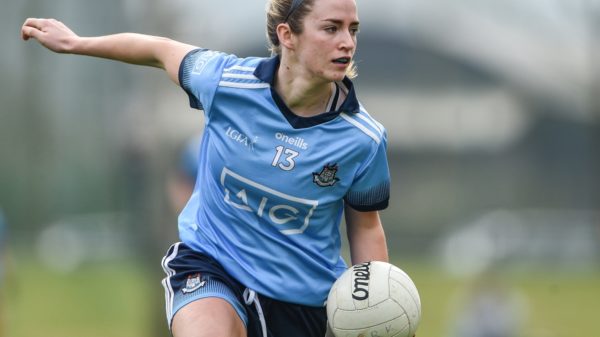 Siobhán Killeen: "On Sunday evening, I took a turn for the worse, and became unwell"