Shane Stapleton and Michael Verney preview the huge championship clashes of Laois v Clare and Dublin v Cork, reflect on Paul Kinnerk’s influence on Limerick and his tactics board, before looking ahead to all the other hurling tiers, including Michael Fennelly’s big day with Offaly.

BY SHANE STAPLETON
The hurling world is getting ready for another powerful weekend of action.

Clare take on Laois and Dublin battle Cork, with all four sides knowing it’s do or die from here on in.

The winners of those clashes will then head into the second round of the qualifiers alongside Tipperary and Wexford.

Given the manner of their defeat to the Dubs in the Leinster quarter-final, Eddie Brennan has a huge job on his hands to rouse the O’Moore County.

Finding someone to man-mark Tony Kelly will be key, no more than the Banner will be attempting to shut down Paddy Purcell and Ross King.

Shane Stapleton and Michael Verney run the rule over the two teams, as they do in the clash of red and blue — Cork v Dublin.

Will they be encouraged by their comeback and will their starting team reflect the line-up that finished the game with the Cats?

The Rebels have had their bottle questioned for some time now, and they will need an answer in this knockout bout in Thurles.

We also look at Michael Fennelly’s first championship match in charge of Offaly, and all the tiers of the hurling league.

Paul Kinnerk’s influence on Limerick is also discussed, not to mention the use of his tactics board during the win over Tipp.

Brought to you by the recruitment specialists, e-Frontiers.com — if you’re thinking about making a career move, e-mail your CV to ourgame@e-frontiers.com 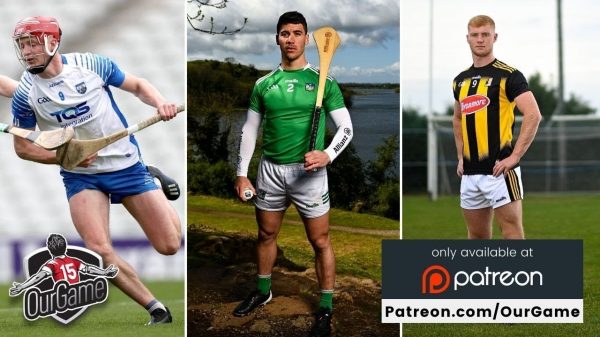 We have a fresh clip from Padraic Maher talking about his retirement, we preview all the weekend’s hurling and football, interview Brian Byrne of...