Armagh vs Dublin, Clare vs Meath and Roscommon vs Westmeath all meet in All-Ireland semi-final clashes this weekend

BY JACKIE CAHILL
Will it be a seventh straight TG4 All-Ireland Senior Final appearance for Dublin – or Armagh’s first since 2006?

All will be revealed at Kingspan Breffni on Saturday (4.30pm – Live on TG4) as the two counties battle it out for a Final slot at Croke Park on December 20.

When the dust settles on the last-four tie in Cavan, the winners will await Cork or Galway in the Brendan Martin Cup decider.

Cork play Galway at the LIT Gaelic Grounds on Sunday, December 6, (1.30pm – Live on TG4), while both of the Intermediate Finalists will be confirmed this weekend.

And on Sunday at Glennon Brothers Pearse Park in Longford (1pm), it’s Roscommon, beaten semi-finalists in each of the last two seasons, up against Westmeath, who are aiming for a return to Senior Championship football following last year’s relegation.

Both of the Intermediate semi-finals will be live on the LGFA Facebook Page: http://bit.ly/2OvUJ2D

Armagh and Dublin clash in the Senior championship football for the first time in five years.

Back in 2015, Dublin won a Senior semi-final by 11 points at Parnell Park, and that was the second successive year that Armagh had fallen at the penultimate hurdle.

To reach a first final since 2006, Armagh will have to stop Dublin, who are aiming for a seventh straight decider and a fourth successive title.

It’s a daunting task for Armagh but they pose a genuine threat and the Orchard County racked up 10-28 in two group games against Tyrone and Mayo.

Aimee Mackin has been simply sensational to date, registering 3-13 across the course of those two games and turning in successive Player of the Match displays.

Captain Kelly Mallon has also been humming in attack, with 2-6 to her name, while Aoife McCoy bagged a hat-trick of goals in the Tyrone opener.

Dublin topped their group with victories over Donegal and Waterford – winning the first game against the Ulster outfit by three points, before defeating the Déise by four.

Skipper Sinéad Aherne is Dublin’s leading scorer with 1-12, and the Sky Blues have had 12 different scorers across the course of their two matches.

While Armagh might be reliant on the scoring prowess of Mackin and Mallon, with evergreen Caroline O’Hanlon pulling the strings, Dublin have the ability to pop up with scoring contributions from all over the pitch.

A fascinating fixture lies in store and the reward for the winners is a crack at Cork or Galway at Croke Park on Sunday, December 20.

Dublin have All-Stars Sinéad Goldrick and Siobhán McGrath, the 2019 Senior Players’ Player of the Year, back in their starting line-up, while Armagh are unchanged from the team that accounted for last year’s semi-finalists Mayo.

Tipperary romped to TG4 All-Ireland Intermediate glory in 2019 – but they received their stiffest test from Clare at the quarter-final stage.

Tipp had just two points to spare against their Munster rivals and Clare, on their day, have the ability to hurt any opponents in the Intermediate grade.

With Kildare slipping up in their final group game, Clare took the chance to inflict some pain on Sligo and book their place in the semi-finals on scoring difference.

Chloe Moloney has been in scintillating form for Clare, chipping in with 3-10 thus far, with Niamh O’Dea contributing 2-1.

O’Dea and Moloney form two-thirds of a potent inside line and Meath will be wary of their ability to wreak havoc.

The Royals are on their own mission to get back to Croke Park – after losing out in the 2018 and 2019 finals.

Stacey Grimes is in brilliant form for Meath in 2020, with 2-9 under her belt, while Bridgetta Lynch (2-2) and Emma Duggan (0-7) have also been motoring well.

While Clare had to sweat on their semi-final place, it was relatively straightforward for Meath, who claimed two group victories to advance.

Now, they face dangerous opposition in the form of Clare, and an intriguing encounter lies in store at MW Hire O’Moore Park in Portlaoise.

Both of these counties have appeared in previous TG4 All-Ireland Intermediate finals – Roscommon in 2005 and Westmeath six years later.

They were winning appearance for Sunday’s semi-finalists – and only one can prevail to meet Clare or Meath at Croke Park on December 20.

Roscommon have fallen at the penultimate hurdle in 2018 and 2019 – beaten by Meath on both occasions.

For Westmeath, the motivation is to regain Senior status at the first attempt, following last year’s relegation.

Both teams have been impressive to this point, Westmeath putting Leinster opponents Louth and Longford to the sword, while Roscommon also got past two Leinster teams, Wexford and Offaly.

Roscommon haven’t been scoring as freely as Westmeath but 1-15 against Wexford and 5-10 in the Offaly win is still good shooting.

Westmeath hit Longford for 9-9 in their Championship opener, before slotting 3-11 in the victory over 2019 Junior champions Louth.

Experienced attacker Karen Hegarty is Westmeath’s leading scorer with a 2-2 haul to date but the likes of Lucy McCartan, Sarah McCormack and Leona Archibold have also been contributing well in the scoring stakes.

For Roscommon, Aimee O’Connor is their leading scorer with a 0-5 haul and the Westerners will need a very strong display to compete with a Westmeath side that will start as favourites.

The story behind Sinéad Aherne being joined by Muireann Ní Scanaill to lay a wreath on Hill 16 in memory of those killed on... 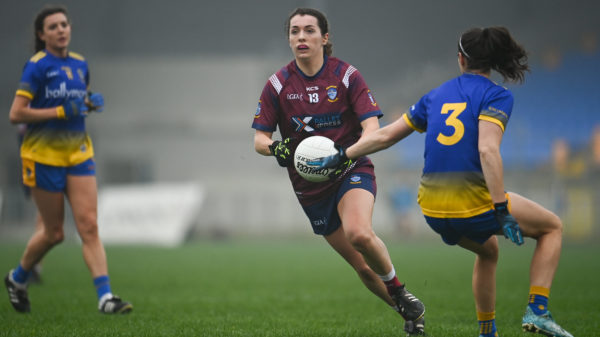 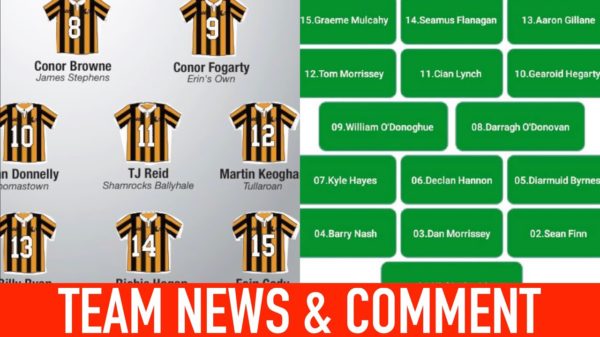 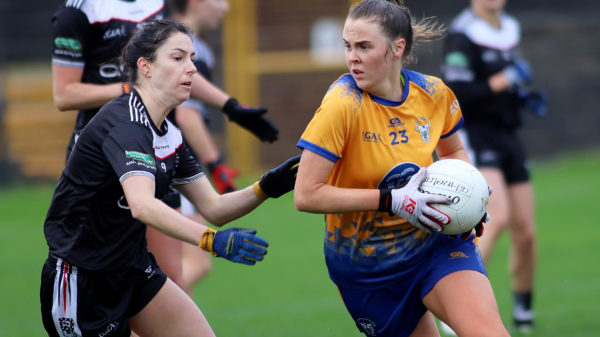 ‘It was just the time that I didn’t have the last few years. This year I said I’d make the time.’ – Clare’s Chloe Moloney