BY SHANE STAPLETON
Clare 0-27 Laois 3-17
Brian Lohan might well be relieved that there was no crowd allowed into Nowlan Park to watch his side labour past Laois.

His side absorbed the loss of David McInerney to a red card on 35 minutes to lead by seven at the interval, but they just about clung on at the death for an unimpressive win.

Had referee Thomas Walsh allowed Paddy Purcell a longer advantage as he finished to the net, or rightly given a penalty instead of a free, then the closing stages might have been even more uncomfortable.

A goal would have put Laois within three points at the second-half water break, but instead it was five. It proved to be a mini escape that allowed Clare to take a gulp of oxygen as they began to slip under, and it was crucial to their one-point win.

The first half followed the familiar pattern of plucky underdog putting it up to the favourite, with Ross King whipping a ball to the net as Aaron Dunphy’s handpass bounced up to him.

Clare steadied the ship, with Tony Kelly at the helm, and it seemed as though they would pull away with growing ease as the 14 men led 0-16 to 1-6 at the break.

Nothing suggests a gulf in class like the gifting of tired frees, spilling good possession, and having numerous shots hooked or blocked. For Laois, five of their 17 attempts before the interval ended that way.

The red card changed the game, with goals from James Keyes and Aaron Dunphy propelling the charge of Eddie Brennan’s cohort.

Clare lost the final 15 minutes by 1-6 to 0-3, which will worry Brian Lohan, but to get across the line any which way when down to 14 will just about do.

In this article:Laois v Clare 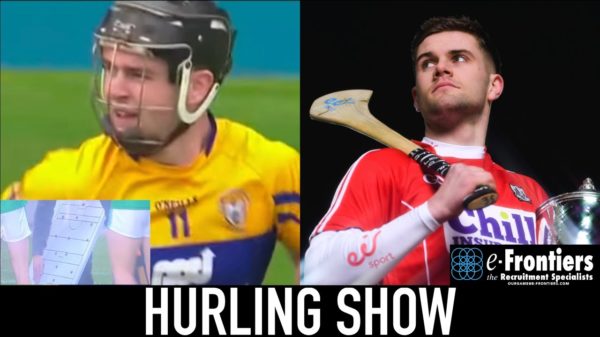 Laois v Clare and Dublin v Cork, Paul Kinnerk's tactics board, all the other hurling tiers, including Michael Fennelly's big day with Offaly