Jerome O’Connell of the Limerick Leader previews the two Limerick hurling semi-finals and talks about whether Na Piarsaigh can regain their title without Shane Dowling, if Patrickswell can retain the crown, and how an injury-ravaged Doon will get on against Graeme Mulcahy’s Kilmallock.

Jerome O’Connell of the Limerick Leader says there is “mileage on the clock” but feels that “the hunger is still there” with Na Piarsaigh.

The Caherdavin club have won five Limerick titles, four Munster crowns, and an All-Ireland club since their breakthrough in 2011, but this weekend meet the reigning county holders in Patrickswell.

The latter are buttressed by the quality of Diarmaid Byrnes, Cian Lynch and Aaron Gillane, and are managed by Treaty icon Ciaran Carey.

Shane Dowling has retired from Limerick duty due to a knee injury, and though he hopes to return in the blue shirt of his club, he has not been involved this season.

O’Connell speaks of how the forward will be irreplaceable for the county, and the impact it could yet have on Na Piarsaigh — albeit they still have the quality of Adrian Breen, David Dempsey, Kevin Downes and Peter Casey in their attack.

Doon have been ravaged by injury this year, with the most notable absentee being Richie English (cruciate), but now Darragh O’Donovan is a huge doubt after coming off in the quarter-final win over South Liberties.

They face a Kilmallock team led by Graeme Mulcahy, who soundly beat Na Piarsaigh live on TV several weeks ago.

O’Connell previews both semi-finals and the key match-ups, but also looks ahead to the 2020 inter-county season where John Kiely and his Limerick troops will hope to regain the All-Ireland.

Click play on the video at the top of the page to see the discussion.

Shane Stapleton and Michael Verney return for a first live show in 2022 to preview some huge club games, and discuss the return of... 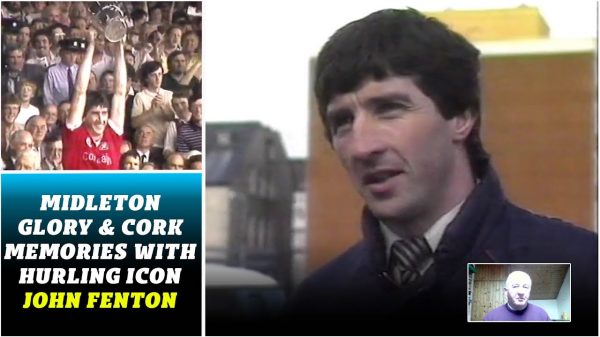 Cork icon John Fenton previews Midleton’s Munster SHC club clash with Kilmallock, and reminisces on his days playing for his club and Cork. Get...