Ratoath retained their Meath SFC title on Sunday with a last-gasp goal to beat Kells — Philip Lanigan of the Irish Daily Mail reflects on Sunday’s thriller.

BY PAUL CARROLL
Joey Wallace’s goal in the eighth minute of injury time saw Ratoath win just their second ever Meath SFC title, breaking the hearts of a Kells side that hadn’t won a county title since 1991.

Philip Lanigan was on media duties at the game and describes the dramatic finish: “It was literally down to one last ball.

“Andrew Gerrard sent a ball in just hanging tantalisingly on the edge of the square, and Meath full back Conor McGill had come up from number three and he jumped highest amongst about four or five bodies and actually got a back flick with a punch that put it across the goal and Joey Wallace, who was the star of the show all afternoon for Ratoath, had a quick punch to the net and that was it.

“It was incredible drama.”

Wallace, who had been competing nationally as a sprinter this year, made just his first start of the year in the final.

His emotion were visible after scoring the decisive goal, as he slid on his knees towards the corner flag with Stapleton comparing it to Ole Gunnar Solksjaer in the 1999 Champions League final.

“He only got the phone call (to say he was starting) the night before from Brain Farrell the manager, he had been flying it in training last week.

The winning goal was scored in the eighth minute of added time but Lanigan feels the added time was needed after Conal Courtney suffered a head injury leading to Emmet Boyle’s red card:

“The injury was so long, seven minutes had gone up on the board but it was the eighth minute when the goal went in.

“Some people from Kells were giving out about the added time but there was a load of substitutions so I think David Coldrick got it right.”

Kells looked set to lift the title when Brian Hanlon slotted home a penalty in injury time to give his side a three-point lead over the 14 men of Ratoath but a Bryan McMahon free meant that Wallace’s goal would be the winning score for Ratoath.

“It was the greatest way for Ratoath to win with a last score like that but it’s the toughest way to lose for Kells.

Anybody there, their hearts would’ve gone out to Kells”, Lanigan adds. 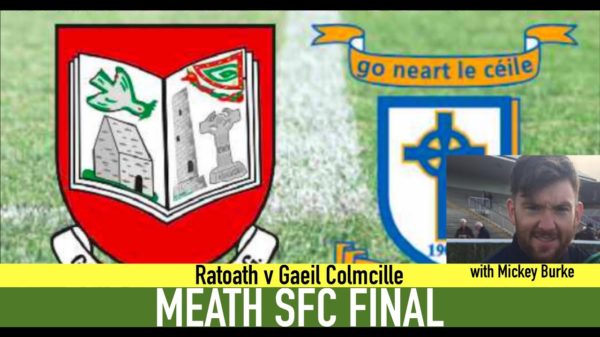 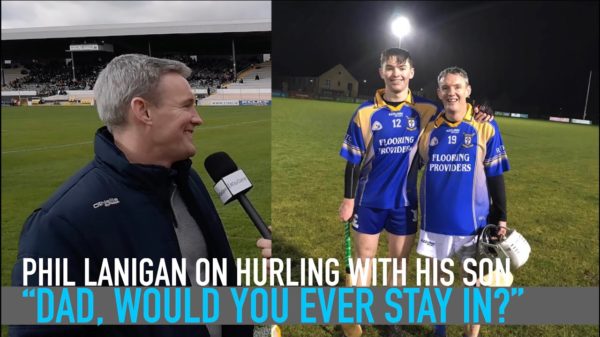 Bucket list: Journalist Phil Lanigan finally gets to line out with his son

The Ratoath clubman played alongside his son Jack last week, something he had been waiting years to do. 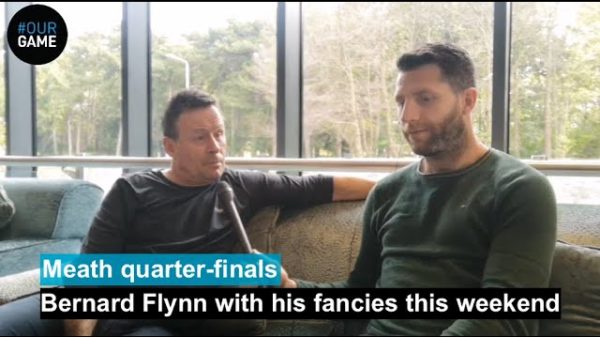