BY SHANE STAPLETON
Tom Kenny admits that the bitter strikes means there will always be an asterisk beside his Cork team.

The Grenagh man agrees with Sean Og O hAiplin’s assertion that matters went too far, and that too much was said during the bitter dispute of 2008/09.

Theirs was a group that had won All-Irelands in 2004 and 2005, and had hoped to see selector Ger Cunningham promoted from within after the departure of John Allen in 2006.

Instead, Gerald McCarthy — an iconic former player who had enjoyed a spell in charge of Waterford — took over the reins.

The relationship soon turned sour, with Ó hAilpín questioning the team’s faith in the then-manager’s abilities during 2008.

What ensued was a bitter public battle between the players and those in charge of Cork hurling, and Kenny recalls it being a tough time for all sides.

“We haven’t spoken or talked about it in a long time,” says Kenny. “I’d be with Sean Og with the freshers (in UCC) and the minors and we would never take about it as such.

“I was even trying to think about it during the week before Sean Og spoke, and it’s blocked away in the back of my head somewhere. It’s like it was a dark time and you don’t want to think or talk about it.

“I probably would echo Sean Og’s comments… I wasn’t front and centre like a couple of the lads were, who were the faces of the strike. But looking back on it, it was a tough time, and there were things said and done and not done that shouldn’t have been done.

“I’m a teacher now but back then I was an accountant working in town and you’d be going to work, and you’d be walking down the street seeing genuine GAA people and you’d nearly be crossing the road to avoid them because you didn’t want to talk about the strike.

“It was becoming very draining and even subsequent to that, in the following years, I probably didn’t enjoy playing hurling with Cork because the atmosphere was so toxic around the group.

“Not within the group, but just everything around Cork hurling was just toxic at the time. Yeah looking back on it, if you could back now, all sides would take a step back and do something better to make it work.

“I’m not saying we were totally right, but there were elements of what we did that were wrong and probably vice versa. It’s probably only beginning to wash out of the system now.”

McCarthy led the team throughout 2007 and 2008, and quit in March 2009 after receiving a death threat. In December of that year, a 30-year-old man was sent to prison for a month after pleading guilty to the offence.

The St Finbarr’s man, who had won five All-Ireland titles as a player, finally made the decision to walk away when the toll on those nearest to him became too much. “My father came to me and said, ‘Ger, just get out of that job. Get out of it. It’s causing too much hassle for the family and step down’. So I did,” he explained to John Fogarty in 2013.

“Gerald was obviously one of the best Cork players in his day, and before that Bertie Og Murphy in 2002, he had a distinguished career with Cork as well,” Kenny explains.

“You didn’t want a person and player like Gerald, with a storied history like that, to be dragged through the mire.

“Even ourselves, we had come from winning All-Irelands and there will forever be an asterisk beside our names because we were involved in strikes.

“Now, it came to a head at the time when Gerald’s father passed away and his funeral was on. We actually spoke about it as a group at the time, that you would like to go to pay your respects as a person, putting everything aside as his father had passed away.

“At the same time, we didn’t know that if we went into that situation with emotions of the family so high… I’m not saying something would have happened, but someone could have said ‘get out’ or ‘we don’t want you here’ and we obviously didn’t want that happen for them as a family.

“Obviously a very tense time, meetings galore late into the night with the Labour Commissioner, meetings as a leadership group, and it dragged on and on.

"I would have said some stuff that, with proper reflection, I was probably best to just keep my mouth shut." – Seán Óg Ó hAilpín on the Cork hurling strikes and much more – Sunday 9.30pm, @RTE2 #GAA pic.twitter.com/bfWfK2X9UO

“When we did go back in 2009, Kilkenny beat us out the door in Nowlan Park and the rest of the season was a whitewash, a waste of a year — two years, really.”

Kenny works as a second class teacher at Scoil an Spioraid Naoimh in Bishopstown, and is concerned that children will become introverted from a lack of interaction during lockdown.

Colm O’Rourke, principal at St Pat’s in Meath, has urged less caution and wants to see GAA facilities reopened “in a controlled manner”, while Pat Spillane feels the association are being overly conservative in their approach.

“I worry for their wellbeing in terms of getting out and about, and being with friends,” says Kenny.

“Kids are missing out on three or four months of school but development in terms of interacting with other kids. Learning how to play games — learning how to win and lose, essentially.

“My fear is that when it all gets back to some way normal, a lot of kids will be introverted and it could take a long spell to get back up to that speed.

“I’d like to see GAA pitches and parks open up alright, just in some shape or form for kids to go there and be supervised in a safe manner.

“It can be difficult with the GAA being a volunteer organisation, but I would like to see them out and about.

“If the pitches are open, you have some control over them; if they are not, you might start seeing antisocial behaviour in teenagers. They should be opened up alright.

“But as I said (regarding) kids, you’d be worried that when they get back to school, they have developed an introverted character where they are dependent on whoever was at home — their parent or maybe a sister,” he adds.

“They’re not sure how to interact with a different personality in a class, or two or three personalities.

“I have second class going into third class next year, and they probably will be behind in the curriculum in maths and English and Irish that they should have learned by now that they will have to catch up on next year.

“It will be very difficult for kids going back to school if social distancing is still in place. 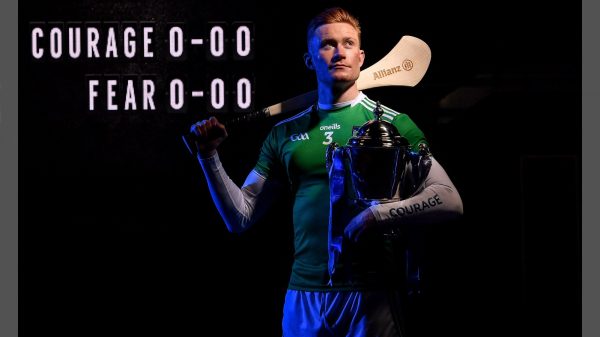 Outstanding performances from Limerick's key men helped lead the champions to a 33 points to 2-19 victory over the rebels at the Gaelic Grounds. 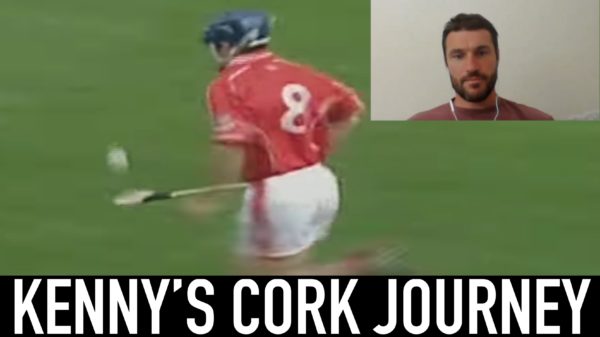 Grenagh clubman Tom Kenny talks a stroll through his career, from winning back-to-back All-Irelands to almost crowning it with a third medal in 2013 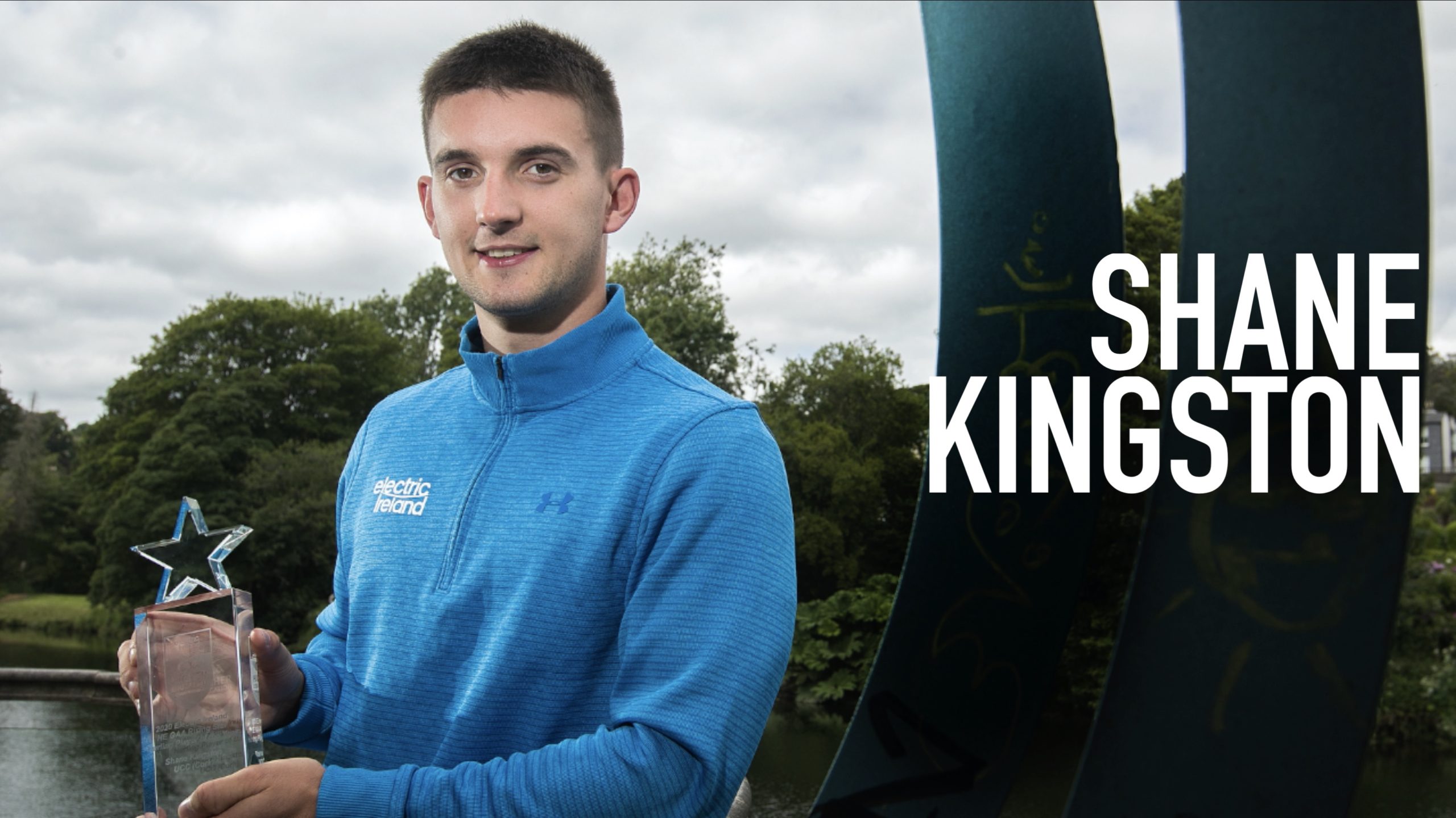 Cork star will get no favours from dad

The Douglas star laughs at the suggestion that living with the Cork manager, his dad Kieran, will give him an edge over his team-mates